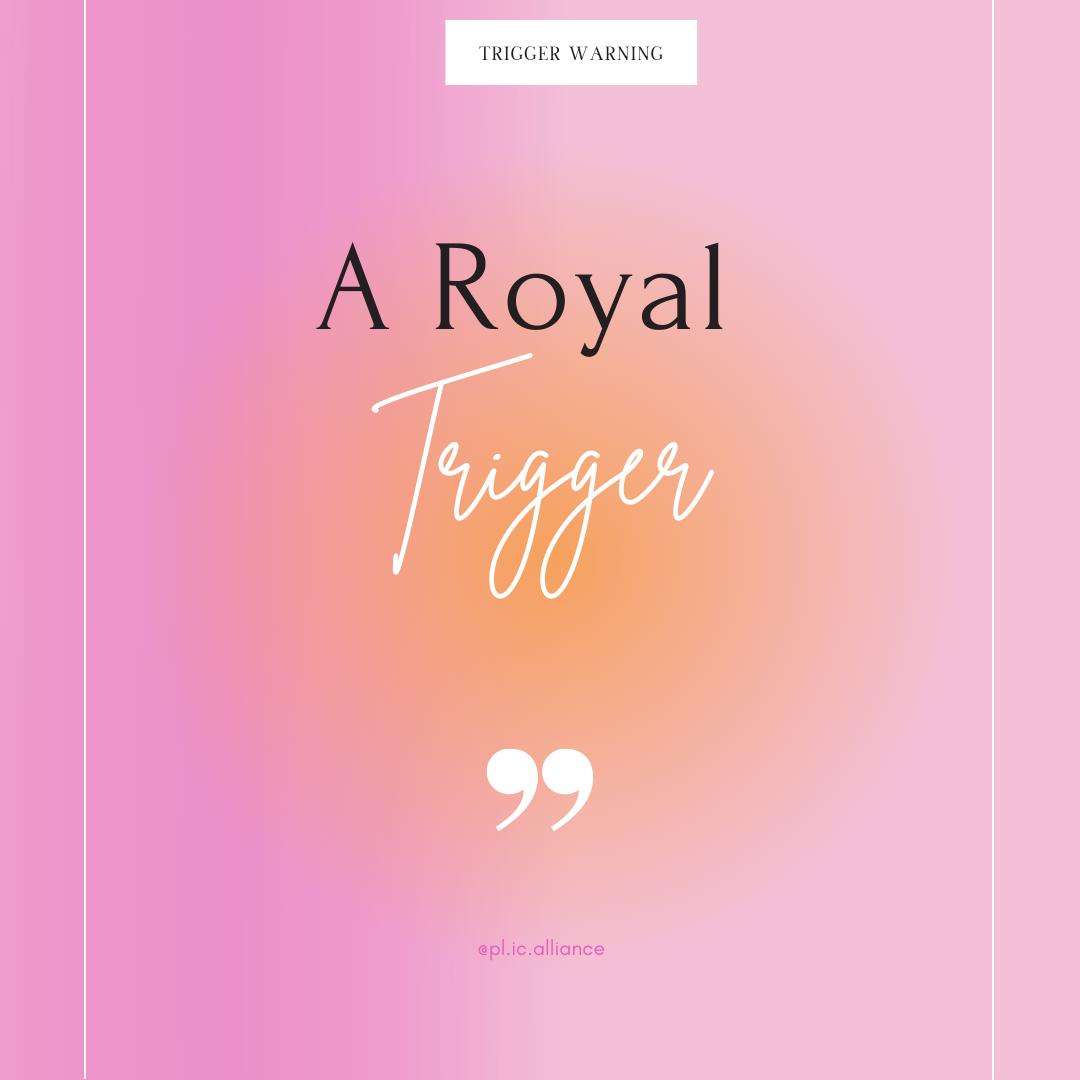 It's been on the cards for a while now...well, 9 months to be precise. But here it is! The Royal Announcement! And here we go again! For some of us, the announcement of a baby is difficult at the best of times - but when it's in the limelight, the public eye, this often makes it all the more difficult because we are frequently bombarded with all manner of in-your-face news and everything that follows - photos on social media and magazines, commentary, nightly news mentions. It's all there.

This raises the question about triggers for me. Honestly, I find it never-ending. And while some people may get past it, some of us don't. I haven’t. Only yesterday, a neighbour told us of another neighbour who had just given birth. I’m thinking - great, okay, thanks for sharing. You know we’ve had issues yet you still want to announce it. Of course, this person isn't to know the sensitivity around the issue but isn't it time that we start dealing with these sensitive issues more sensitively? After all, it's Empathy 101, pure and simple. You wouldn’t bang on about suicide in front of someone who had lost someone to suicide - it's time that the same level of sensitivity is afforded those in the community who are dealing with what is for many a lifelong grief.

The prize for insensitivity for me goes to so-called friends of ours - we were sitting there one Saturday night watching telly and minding our own business and a late-night text came through announcing the birth of a grandchild. Not only did we not even know the daughter was pregnant, but this was a general text that went out to everyone. No warning. No phone call to say, gently and sensitively, “Oh, I know this is difficult, but we have some news to share and I wanted to call you and say it to you personally before you heard it out there or from someone else. Our daughter just gave birth….” But no such tact, sensitivity, empathy or care. And because I was sitting right beside my husband when the text came through and was startled like he was, of course, I’m going to ask who the text was from and why someone was texting him; late at night. And then he told me.

I was furious. Shocked, Gutwrenhced. No warning, no preparation.

And so, I did something a little silly - I posted 2 links (no comments - just the links) from the PLICA website blog into the comments of a post of the person concerned. These links are neither offensive not nor hostile - in fact, they are important links to posts which talk about how we never get over our grief (Keren Ludski) and the loneliness of childlessness (Annie Kirby) - two beautiful posts I loved collaborating on. My thinking was that if she read the posts, she/they may learn something about our grief and perhaps have some empathy for our situation. Silly me. The response was to unfriend and to block. In hindsight it was silly and I actually went to remove these links but it was too late.

However, I am to this day flabbergasted that no thought went into the text! No thought! I absolutely firmly and 100% believe we have the right to feel safe in our own home from triggers! While we may not be able to control what happens in the outside world, our home is our safe space, our buffer from the constant reminder of our pain. Our home is where we get to exercise our right over what pain we are subjected to. Yet, for me, this was a violation of both our safe space and also of the boundaries of respect and care within the friendship. Zero respect.

There is something I need to add here - and this relates to an enormous topic I write about in my forthcoming book - these so-called ‘friends’ have dropped us (more specifically, my husband) like hot potatoes since their daughter has had babies. This is the lament of the childless - our invisibility becomes even more pronounced when others have children and grandchildren because we no longer matter and no longer fit into the ever-evolving social circle they now occupy.

Create new social circles I hear some say? Really? Not necessarily so easy (and in this instance, these people WERE our social circle. And we are now irrelevant to them. Not a single phone call in over a year - that’s how invisible). Not really a problem I hear others say? Loneliness has been PROVEN to be a massive social problem causing ill health.  This is neither imagined nor exaggerated. Not having kids isn't the be-all and end-all I hear others say, dismissing the significance in their dismissal. Really? Actually, infertility is classified by WHO as a disability. It's global and horrendous and especially difficult for women in developing countries. And if we can treat people with disabilities with respect in other settings, why not this setting? This speaks to implicit bias and really ought to be subjected to the same strenuous critique directed to other special and social causes! So please, to anyone thinking this is drivel, I ask you to think again.

I find it wryly amusing that the biggest and loudest dismissal of the needs and rights of the childless community comes from self-appointed arbiters of morality - very often blind to their own prejudice and biases.

All we ask for is empathy and an ounce of compassion. If another person’s grief can be considered legitimate, why is ours dismissed?

No really. I am asking - WHY is ours dismissed?

It is the implicit bias at work once again. Even the tests for implicit bias are pro-natalist and do not address the hidden and sometimes overt prejudice against the childless. Because our pain and our plight is invisible.

This is my enduring lament.

And it is also my enduring call to arms.

Ever wondered what your dog mum personality is?

Why not take the quiz and find out!!!